Welcome back folks, hope you are all as excited as I am for the return of my electronics blog. Did you guys know that you can buy older generation electronics like video game consoles, computers, and phones online brand new? I didnt until I found this website called http://www.easyprices.com/ that has links to electronics and other items from all over the web. I bought myself some last generation video game consoles and phones and have been installing some free homeware apps on them to really test the hardware of these now considered old electronics. I have built a decent collection over the past month, and though I would share some of my most successful stories with you guys.

Multiman is a homebrew app for the Sony Playstation 3 that can be launched as a game, and from there takes control of the entire system. The most common use is for people pirating games onto their hard drive from an ISO file downloaded on the internet. With this method it only take about 5 Terabytes of data to own the entire Playstation 3 library. Multiman also comes with the ability to download and play retro games, as far back as some classic arcade games like Galaga. There is also a homebrew app installed onto this homebrew app called MovieTime that allows you to watch what it labels ‘channels’ which are just online streaming websites. A great way to replace your home media computer with your Playstation.

Anything on the Nintendo Wii

The Nintendo Wii has some of the easiest to bypass firmware security that you can find in a consumer device and people have gone wild with it. There are countless of different homebrew apps available, from modding a  specific game to an application for calculating the final digit of Pi. Of course there are also apps for copying games onto the system's hard drive if you don’t want to wear out your disk(or want to download games) then you can get apps for one or the other, or some that do both. There are some self updating homebrews that take over the whole console like Multiman, but homebrews for the Wii are more designed for the channels and to work in synchronicity with each other. There are so many to choose from you may need some other advice on Wii homebrews though 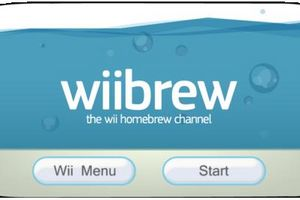 That’s right Apple TV users, your device is way more powerful than Apple would lead you to believe. As long as you keep your original firmware at 9.0 or below, you can install a jailbreak program onto your Apple TV called Pangu. Although according to Pangu’s directions you require a paid developer account to access the perform the jailbreak properly there is ways around it. You will of course not be able to download any future software updates from Apple, but if you own an older generation Iphone/Ipad then you will know that is actually a good thing. 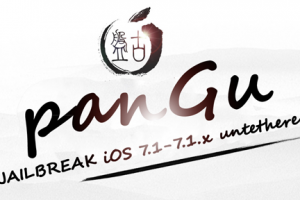 Android is already a unique best in the land of operating systems. Unlike its competitors which are made by one company and usually have only a handful of software releases, there are possibly hundreds of different devices running different Android software. This can make a homebrew that works across all the devices extremely difficult, but some smart people have almost got there with Super One Click. The only downside to the program is that it requires a computer to make any major changes to the files, meaning you can't do it on the fly. It is still simple enough, all you do is download the program then plug your phone into the computer whilst in debug mode. Hopefully this will still work on the new Galaxy Note.

Running a homebrew on an Xbox 360 requires the most work out of anything I have listed, mainly because you have to install a JTAG chip onto the motherboard. This requires a bit of soldering and some know how (or a good guide) as well as having an exploitable console initially. This only means that your dashboard in pre-2.0.7371.0 and not the console itself however. You will also have to build a cable so you can dump your NAND, which requires a bit more technological know-how. Depending on the actual model of your Xbox 360 (which you can only figure out by the size of the power plug and whether or not an HDMI port is present) you may have to solder the chip in a different place, but again there are great guides out there. The end result is a console with a modifiable region code, a flashed disk drive that can play copied games, and change demo games into full games. 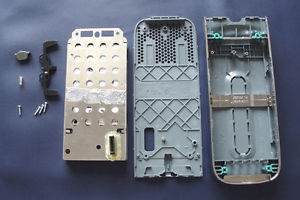 These are the homebrew that I have been having the most fun with lately, hopefully if you guys try them out they will be just as fun for you! Take it easy everybody.